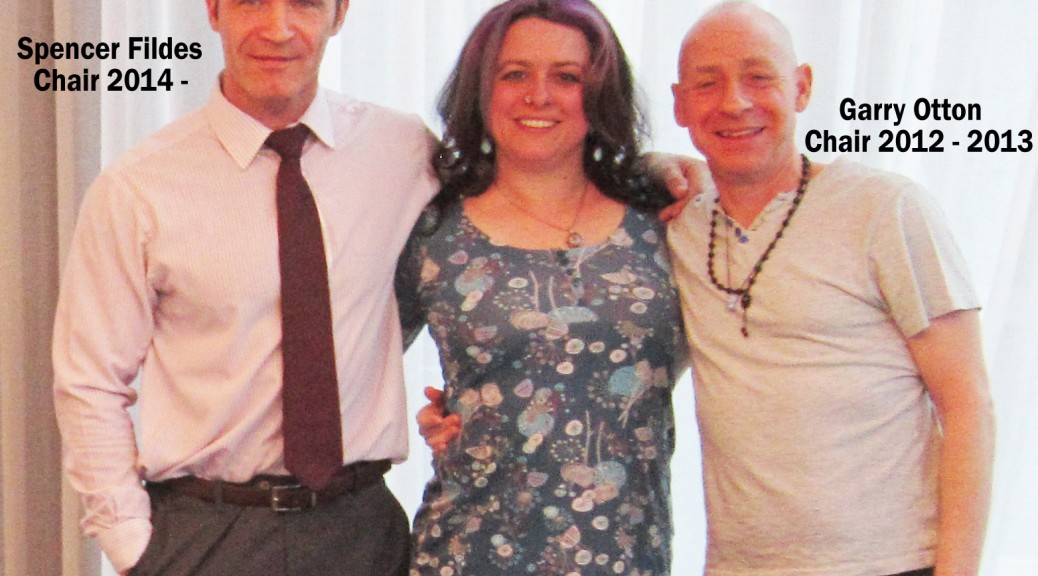 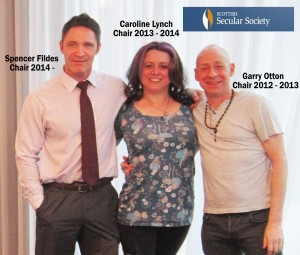 Angry? “I don’t think it’s as bad as it used to be. The Group is still in many ways, finding direction. When I joined the Secular Scotland Group page I made the analogy of a teenager exiting the formative years; about to leap into adulthood.

The demographic of our social media groups is very broad with comments relative to people’s experience and frustrations with religion. Some have moved out of it, and many have suffered because of it. Many also confuse atheism with secularism. Perhaps that is because for the atheist there is nowhere else to go so the default political arena is secular. Many (like me for a long time) find it hard to lay down their baggage and leave it at the front door.

I’ve pleaded several times with the Group over this. I was even accused of censorship for asking people to think before they post! It’s worth noting, the Admins have banned more atheist trolls than religious ones, so we are aware of this as an issue, but I admit it can be impossible to moderate sometimes! Some allude to absurdities propagated by religion across the world in a way some would say is ridicule. That will continue. Such actions are understandably considered offensive to the rational mind. It’s like being in the pub, different types in different corners, some idiots, some intellects, some quiet observers, some gobshites… We just have to find some balance and we know we won’t please everyone all of the time.

But I recognise that anger that drives us. An anger that is indeed incredibly difficult to control because it is what brought us to secularism.

For progress we need to ensure the anger doesn’t manifest and we don’t create our own obstacles but I will say this to anyone who would like to “dilute” this group’s voice: No-one else is doing it. No-one. We will not go mute nor shall we accommodate or tolerate the intolerable when confronted with the worst that religious dogma throws at us.

The critique of religion is wide-open on a macro and micro scale, from the mass genocide across the middle east, sinister Russian orthodoxy, evolutionary denial on a global scale, the butchering of thousands of young female/male sexual organs that constantly goes without punishment but shit loads of rhetoric, the abduction of young girls by Islamists for nothing other than sexual desire, (just how many of those young girls are now pregnant, I wonder?), subjugation of millions of females, the prejudice of sexual orientation, the forced adoption of thousands of children, the control of sexual education by celibate males, slavery in the Magdalene laundries, the spread of HIV and AIDS…

I can go on forever… As well as the joy, there is also the misery of religion. As secularists it is our duty to point this out.

We should never be silent. Ever!”

“People have to have the freedom and right to believe what they will, and secularism in part includes fighting for that. Look at the persecution taking place against other faiths, and non-orthodox versions of Islam, in the Islamic State for example. It is not only atheists who get a raw deal, and secularism stands up for those who are treated as less because of religious views. It also includes removing privileges granted purely because of religious status or faith, and ensuring the corridors of power are equally open to all, with no secret passages for the few.

Those who are often most motivated to pursue secularism are those who have suffered at the hands of religion; here that is gay people, atheists, abuse victims, former religious and members of the non-dominant faith. In other countries, it is often members of persecuted faiths. Sadly, the circumstances which bring us to an understanding of the necessity of secularism are likely to engender anger, and we need to find ways to stop that anger interfering with us making changes that stop more people from having to go through whatever propelled us into secularism.”

“When the Secular Scotland Facebook Group opened its doors in 2102 it was a complete free-for-all. We didn’t need a ‘Blasphemy Day’ to remind us what freedom from religion was. Every day was Blasphemy Day! Whilst some laboured on letters to disinterested newspapers or begged for space on TV or radio, the frustrations manifested in memes of Mormon underwear or the face of Jesus Christ staring back at us from a dog’s arse. Happy days…! But “is it secularism?” we were occasionally asked by university undergraduates from St Andrews. Well, no. No more than the cartoons from Léo Taxil’s “La Bible Amusante” represent secularism after George Foote got banged-up in Newgate for a year with hard labour on charges of blasphemy for publishing them in The Freethinker. (Or handing out books with pictures of children riding dinosaurs to illustrate evolution-denial is Christianity… but I digress)! It is the freedom to blaspheme that is secularism. And so too is the freedom to practice different religions. And the freedom to be free from religion…

Apart from posts advertising Rayburn sunglasses we invite anything that encourage religious and secular debate from attacks by Buddhist extremists in Myanmar to Danielle, the Catholic Scots lingerie model who appeared on Big Brother.

What is great about the debates (or fights) on Secular Scotland is that whilst we might throw the occasional keyboard at the screen, nobody gets beheaded, maimed for life by a Molotov Cocktail thrown at your car, bombed whilst having a pint in your local, has their house burnt down or town ransacked by missionaries looking for virgin daughters. This is secularism par excellence!

Secular Scotland is one of the most active Facebook sites in Scotland. Such a melting-pot of different cultures, ages and backgrounds is bound to invite some friction, but if you avoid personal attacks and bullying you’ll be fine.

And let me just say this… It’s funny how everyone remembers the dog’s arse but never the 30,000 signatures we raised to free Mohammad Asghar from a Pakistan jail on blasphemy charges, or the YouTube vid we posted of Sinead O’Connor singing Silent Night on Christmas Day.”