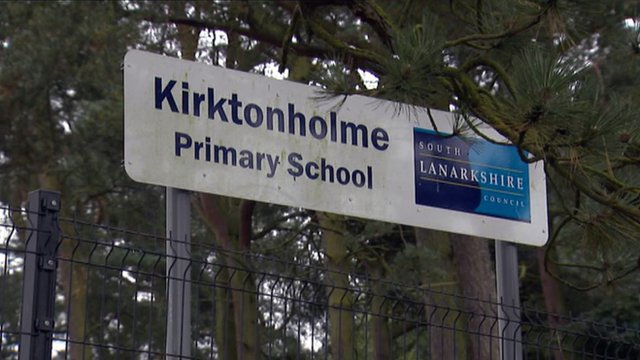 For eight years, a religious sect had been brainwashing primary school children in East Kilbride without their parents’ knowledge.

If not being fed to children from converted buses loaded with hi-tech equipment parked outside the school – Christianity is already through the school gates and in the classroom.

In 2013, shocked parents discovered an extreme religious sect had been rubbishing evolution and brainwashing their children entirely without their knowledge for eight years. The US Church of Christ had got into a so-called non-denominational primary school in East Kilbride in 2005 when a head teacher invited them in to minister to pupils. They targeted Kirktonholme Primary School as a “mission” and had several members helping with classes, working as classroom assistants, assisting with homework and accompanying children on activities outside the school.

The Church of Christ posted videos on Youtube suggesting that they were the only true representatives of Christianity in Scotland and it was their mission to save the rest of the country. Followers were told Scotland was a spiritual wasteland where only 700 of a population of 5.1million were practising Christians. (The reality was that there was an estimated 700 Church of Christ parishioners in 20 branches UK-wide). The sect had also managed to infiltrate a nearby special needs school at Greenburn. Preacher Alex Gear was on the chaplaincy team at Kirktonholme Primary School and arranged for the West Mains Church of Christ to minister there.

One of the members of the church, Evelyn Graciano, 22, from Mexico, echoed Pat Robertson who had said in 1999 that Scotland was a dark place run by homosexuals when she described Scotland as “a place full of darkness and emptiness that is in a big need of Jesus”. She was reported in The Record telling pals she uses classes to get into the heads of Kirktonholme pupils saying: “They all are very receptive and willing to listen and learn. Hopefully at least we can let the kids know who Jesus is. Maybe someday that seed we’ve planted can be grown by God.” A key member of the church’s Adventures in Missions (AIMS) Team Scotland was Texan, Jared Blakeman, who sought to indoctrinate kids and implant the Church of Christ’s version of Christianity on Scots.

The scandal only surfaced in 2013 when a five-year-old showed his parents a book he was given as a gift from the Church of Christ in school for all the money the children had raised for their expansion. The dad explained that his son had burst into tears when he tried to take the books away. “When I asked why he was crying, he said the man who gave them to him told him they were really, really important”.

School chaplain Alex Gear had written to the Church of Christ headquarters praising the school staff at Kirktonholme for having “gone the extra mile” to make his group welcome – and told how pupils had raised money to build a new church. He wrote: “Many of you will know Kirktonholme Primary have been raising funds to help with our church building fund. Yesterday, just before the worship service finished, I was presented with a check for $350 from the children. They had been collecting change and saving it up for us”. Gear also praised author Kyle Butt for giving him “absolutely fantastic material on creation and exposing the myth of evolution” to take back to Scotland. The West Mains Church of Christ were part of the school chaplaincy team, spoke to the children in Assembly and handed their books out to the children.

The two books How Do You Know God Is Real? and Truth Be Told: Exposing the Myth of Evolution were written by US evangelist Kyle Butt who had graduated from a private Churches of Christ university with degrees in Bible and Communications. According to online reviews, Truth Be Told was “written and designed to prepare and equip students to deal with false evolutionary assumptions that often make their way into many science books used in schools”, adding, “This book will excite, encourage, and inform students who want to know the truth. In the end, that truth leads the honest student to the fact that this magnificent universe did not evolve, but rather was created by an all-powerful God.” In other words, it was creationist material designed to undermine scientific knowledge using spurious evidence of rock art to back claims that humans used dinosaurs as beasts of burden and boarded Noah’s Ark. The book was accompanied by illustrations of dinosaurs pulling carts and being ridden by men. Children were persuaded that if evolution was true, dogs would give birth to animals that were half-dog and half-cat. Another one of Kyle Butt’s books was Homosexuality – Sin, or Cultural Bad Habit? The books were printed by the Apologetics Press based in Montgomery, Alabama; the company was closely affiliated to the Church of Christ. Apologetics Press enjoyed some notoriety after firing its long-term director Bert Thompson following allegations of sexual misconduct with a young man. No charges were brought after a grand jury in Montgomery County heard accusations of inappropriate sexual contact by Thompson with a 17-year-old, but his wife of 33 years, Rhonda, filed for divorce. Interim executive director Dave Miller said the organization, which had a $1million annual budget, intended to proceed “undaunted by Satan”. He added, “We are deeply grateful for Doctor Thompson’s longstanding warfare against the sinister doctrine of evolution and with his eloquent affirmation of the biblical account of Creation”. In support of Apologetics Press, elders of Palm Beach Lakes Church wrote: “We implore you to increase your financial and moral support to Apologetics Press for the next two years then make an evaluation. We are confident the Lord will bring unparalleled results through the new leadership, its renewed focus and its amazingly talented staff”. 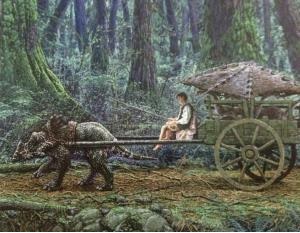 Professor Paul Braterman found within the first five pages of Truth Be Told, “nine major errors of scientific fact or logic” adding, “their content is contrary to the whole of present-day science, and to the principles and requirements of guidance from the Scottish Department of Education, and the Curriculum for Excellence. Their arguments are a re-hash of a long-refuted ‘creation science’, a 20th century heresy that has its roots in Henry Morris’s Genesis Flood, and in Seventh Day Adventism, rather than in mainstream Christianity”.

It also transpired that a notable pro-creationist who worked with Answers in Genesis, Dr Nagy Iskander, sat on the education committee of South Lanarkshire Council which was responsible for Kirktonholme Primary School. Iskander had also sat on the Chaplaincy team at Caulderhill School.

Efforts by the Scottish Secular Society to petition the Scottish Parliament in 2013 recommending children should no longer be enrolled in Religious Observation by default had been stonewalled. The organisation argued that RO should be an opt-in arrangement after parents were properly informed what worship was conducted, who was carrying it out and how often.

On the distribution of creationist material and at the time the Scottish Secular Society’s petition was being put before Parliament, SSS Chair, Caroline Lynch said: “A book written to undermine education was allowed into the hands of 5-year-olds because of the combined efforts of a complacent Head and American Creationists. We hope that this debacle gives pause to the ministers on the Public Petitions Committee who are considering our petition to change Religious Observance to opt in. Should our petition be enacted into law, it would stop future abuses like this from occurring.” The Scottish Secular Society’s Robert Canning reported: “The boy’s parents had sent him to Kirktonholme – a non-denominational school – to be educated: to gain an understanding of the real world around him, and its past, and to be taught skills useful for living in it. Yet, along with the rest of his class, he had spent some of that afternoon, not being educated, but being enticed to believe in a religion which his parents do not follow, and without their knowledge.”

The Kirktonholme School Scandal as it was reported in the Daily Record.

One thought on “The Kirktonholme School Scandal”