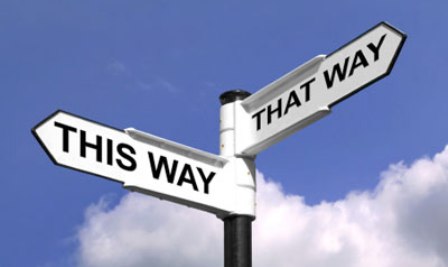 Guidance and Guidelines on Creationism: An Exercise in Semantics.

After an American religious sect had infiltrated Kirktonholme Primary School for eight years without parents ever knowing, the Scottish Secular Society (SSS) petitioned the Scottish Government asking for guidance on the teaching of creationism in Scottish schools. Taken by some on the very margins of Christian faith as an out-and-out assault on religion, nobody was holding their breath. But, much to everybody’s surprise, after the petition’s committee escalated the matter to the Education & Culture Committee and under the watchful eye of Parliament TV cameras, Steward Maxwell MSP waved a letter to a constituent from Dr Alasdair Allan, the Minister for Learning, Science and Scotland’s Languages, confirming creationism had no place in the science class.

It was a breakthrough!

Professor Paul Braterman, the Society’s scientific advisor, took to Facebook’s Secular Scotland rolling his eyes as he shared his thoughts on Allan’s letter: “He says he isn’t giving guidance; then he gives guidance. Every time we go through this ritual, he is forced that bit more in the direction of recognising reality. (And I love the idea of a Committee chaired by a member of his own party writing to him to ask if he means what he said).”

That reality was simply that established science tells us the Earth was created in more than six days.

Had more people taken the time to examine the petition they would have known there were no calls by the SSS to ban the discussion of God creating the world in school. Just not in the Science class. And not in six days. Not in RE, RO, PE or Human Biology. The petition was taking aim at a particularly nasty brand of fake science called Young Earth Creationism (YEC) that masqueraded in a lab-coat, peddled by the Discovery Institute in the U.S. and C4ID in Scotland.

Supporters of C4ID, financially based in Guernsey, believe that Noah’s Ark was real and women were made from Adam’s rib. The group’s president is Professor Norman Nevin OBE, a geneticist at Queen’s University in Belfast, and its vice-president is Dr David Galloway, a vice-president of the Royal College of Physicians and Surgeons and a member of the Lennox Evangelical Church in Dumbarton. Their director is a former HM inspector of schools and education officer for Christian Action Research and Education (CARE), Dr Alastair Noble who told the Sunday Herald: “We are definitely not targeting schools, but that doesn’t mean to say we may not produce resources that go to schools”. He also denied this was in any way religious, adding: “I think people are afraid of this debate because they sense it’s religion from the back door. They see it as an invasion of science with religion, but it most certainly is not that”. (Tell that to Judge Jones, who thought otherwise and issued a decision against creationism in the American Kitzmiller vs Dover trial)!

Although it already existed in England, no formal guidance was in place in Scotland to stop creationism being taught as fact in schools.

The Scottish Secular Society’s Professor Paul Braterman found within the first five pages of Truth Be Told, the book handed out to primary school children at Kirktonholme, “nine major errors of scientific fact or logic” adding, “their content is contrary to the whole of present-day science, and to the principles and requirements of guidance from the Scottish Department of Education, and the Curriculum for Excellence. Their arguments are a re-hash of a long-refuted ‘creation science’, a 20th century heresy that has its roots in Henry Morris’s Genesis Flood, and in Seventh Day Adventism, rather than in mainstream Christianity”.

Coincidentally, a notable pro-creationist who worked with creationist group, Answers in Genesis, Dr Nagy Iskander, sat unelected on the education committee of South Lanarkshire Council which was responsible for Kirktonholme Primary School. Iskander had also sat on the Chaplaincy team at neighbouring Caulderhill School.

Every letter emanating from MSPs to their constituents repeating the Government mantra that teachers didn’t need guidance was starting to ring increasingly hollow as new instances of Christian groups finding their way into Scottish schools, or parking right outside them in buses stacked with hi-tech games, kept popping up in the Scottish press.

Ministers resistance to guidelines was frequently heard back in 2000 when the Government was in a pitched battle with Christian groups over making sex education legally binding as they tried to repeal the notorious Section 28, the law forbidding the ‘promotion’ of homosexuality. Back then, MSP, Nicola Sturgeon pointed out in her column in the Scottish Daily Express, “in the Scotland’s Schools bill, going through Parliament now, there is a clause that says: ‘The Scottish Ministers may issue guidance to education authorities… and education authorities shall, in discharging those functions, have regard to any such guidance’. If the Government can include a clause like that in the schools Bill there is no reason why there should not be a similar provision relating to guidance on sex education. That would give parents a guarantee that the spirit of guidance would be translated into classroom practise. It’s a simple idea, but one that will settle this argument”.

Soon after, the news headlines took everybody by surprise. Sex education guidance was to become statutory. Wendy Alexander MSP was on the line from Boston USA for BBC Radio Scotland’s Good Morning Scotland along with a spokesman from ‘Keep the Clause’ and education minister Sam Galbraith. First Minister, Donald Dewar had apparently agreed to the move before his heart operation. The Government had capitulated with an idea first voiced by a spokesperson for the Scottish Parent Teacher Council and adopted by the SNP. Backbenchers were stunned. Members of the education committee were taken aside and told of the climb-down, others were not likely to find out until they opened their newspapers first thing that morning. The Sunday Post’s Campbell Gunn wrote: “The first they heard about it was from the media, after we were briefed on it. To say they were furious is an understatement”. One MSP, “incandescent with rage”, told The Herald: “It is absolutely unbelievable. In terms of political strategy the question… is what on earth is going on”.

Labour’s chief whip, Tom McCabe and finance minister Jack McConnell had been pressurising cabinet ministers to climb down and sought and got the agreement of the SNP. The Executive tabled the amendment to the Standards in Scotland’s Schools Bill. Sam Galbraith emphasised that these were not ‘guidelines’, which would govern the contents of statutory legislation – always rebuffed as contrary to Scottish practice – but ‘guidance’ which govern the conduct of sex education in Scotland. The ‘guidance’ was to state that parents had to be consulted if sex education – appropriate to pupils’ ages – were given to their children and that they could even remove them from classes, (although such a right already existed). Also muted was a possible redress for parents who objected to the content of sex education being taught.

Defending himself against charges of capitulating to evangelical Christian, Brian Souter and his ‘Keep the Clause’ campaign which opposed the repeal of Section 28, Aberdeen’s broadsheet, the Press and Journal opined: “The new concession, added with no public forewarning just hours before the Question Time programme, (which featured Brian Souter and Boy George), comes in an amendment to another piece of planned legislation, the Standards in Scotland’s Schools Bill”. The Herald editorial called it “a climbdown that we regret” as likely to “confuse as to assuage parents, particularly in the light of the Executive’s semantics over what constitutes ‘guidance’ and what constitutes ‘guidelines’” adding that “predictably, it was not enough to appease the mendacious tabloid ‘Keep the Clause’ campaign or its backers, Mr Brian Souter and his hapless PR adviser”. The Scotsman called the amendment “more symbol than substance”.

Iain Martin wrote cynically in The Scotsman: “We have had more cabinet positions on Section 28 than there are manoeuvres in the Joy of Sex”.

A working group, the McCabe committee, was soon set up to look at sex education ‘guidance’. It was a motley crew that included a representative of the Scottish School Boards’ Association that had given much support to Brian Souter, thanks to the Christians on its board, Reverend Jack Laidlaw from the Kirk and John Oates from the Catholic Church.

Caving-in to the demands of Christian campaigners demanding the promotion of heterosexual marriage, the McCabe committee – excluding gays, but not religionists – put aside recommendations for non-legally binding guidelines; agreeing instead to uphold the importance of marriage and parenting in legally binding guidance issued to all Scottish schools. The reference to ‘stable family relationships’ would remain in the guidelines.

Iain Macwhirter in the Sunday Herald put the Executive’s play on semantics in plain language. “Governments often make mistakes. To rule is to compromise and ministers sometimes have to look stupid to do the right thing. But it’s rare indeed for an administration to be left looking stupid, mistaken, compromised and wrong all at the same time. But that’s pretty much what the Scottish Executive achieved with its latest genuflection to the forces of homophobic conservatism… The distinction between ‘guidance’ and ‘guidelines’ is such a fine one it could keep teams of lawyers in work for years. If a parent objects to a lesson on homosexuality, can he or she now prosecute their local authority concerned on the grounds the authority has not observed the guidance? Discuss”.

Putting aside for one moment the fact that in Gaelic the two words meant exactly the same thing, the ‘guidance’ given to local authorities was that the ‘guidelines’ should be observed, so that neither the substance, nor the legal status of the guidelines was changed.

Garry Otton is author of ‘Religious Fascism: The Repeal of Section 28’.