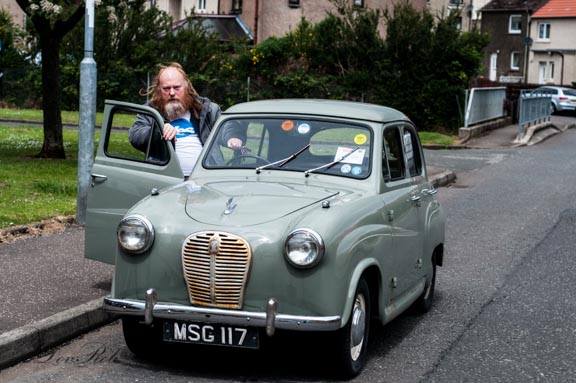 Back in 1995 I wanted to write a Scottish Media Monitor to challenge homophobia and social conservatism in the Scottish press story by story. I’d had had it up to here with their process of restraint, contraction, and limitation on sexual issues to ‘protect’ their readers, while excluding everyone else. Any perceived threat to moral superiority was trumpeted by tabloid campaigns such as The Daily Record’s ‘SmutWatch’ campaign. Almost any story needing a ‘moral pointer’ ended with a quote from Wallace and Connolly, a couple of homophobic religious know-it-alls from two of the then leading churches before Scotland began designating its religions to the history books.

Today, most of the press have moved on from attacking gays. Today they attack trans people and obediently tow the Tory line, pumping out any shit they can find to undermine Scotland’s right to independence.

Back then I couldn’t use the word ‘shit’ if I wanted to be in print or heard on BBC Radio Scotland, and no paper was interested in a whining wee gay boy who wanted to take the piss out of the media for exposing its moral rectitude. But I got a chance with Gay Scotland before a dental practice paid for space and I was out. Then Cruise, a wee publication published by Gordon Gosnall came along but that too was short lived. And then John Hein stepped in. He had ScotsGay Light and ScotsGay Heavy (reflecting his interest in real ale) each going out bi-monthly and I was quickly spread over two pages monitoring the media.

A new editor has new demands, especially someone with Asperger’s! Copy would be thrown back at me if I dared censor myself with starred out expletives or used metric measurements. I had to convert to £sd or pounds and ounces. Hein was no ordinary editor. But he was fucking brilliant.

His house was fun. An open door to anyone. Lots of cats (he adored cats) and even a telephone exchange. There he would sit, amidst piles of files and computer monitors, furiously typing away.

The Scottish Media Monitor attacked the self-righteous media for ten years before it ended up as my first book ‘Religious Fascism’. I delighted in parading the prudes in ScotsGay every month: Mrs Ann Allen of the Kirk’s ridiculously-named Board of Social Responsibility; the notorious ‘Sexfinder General’, the late Monsignor Tom Connelly of the Catholic Church; Phil Gallie, a deposed Tory MP; Mrs Katie Grant, exorcising her Tory bad spirits in the Scottish Daily Mail; Catholic fanatic Gerald Warner, in The Scotsman; Marcello Mega in The Times, who hunted down ‘paedos’ with all the zeal of Big ‘Mags’ Haney from the Raploch Estate and John MacLeod, an anti-gay WeeFree who left The Herald to join the Daily Mail after John and I outed him in ScotsGay. They all got their turn in ScotsGay.

Getting John MacLeod to apologise for writing that gays were “simply not equipped to live” was like extracting teeth. For his attack on gays, all ScotsGay could do was threaten to out him if he didn’t apologise. MacLeod stormed: “Out me if you choose. I will deal with you in The Herald… I will share with all Scotland how the self-appointed princes of the ‘gay community’ behave”. He sneeringly wrote that he was “doubtful if the majority – even a plurality – of Scotland’s gay population read…(ScotsGay)”. But he was wrong. Hein delivered ScotsGay to the Scottish Parliament and it was read most enthusiastically by many MSPs in parliament (this was reported in one newspaper by a reporter in the gallery) and str8 married authors like Christopher Brookmyre never missed an issue. The Herald eventually sacked MacLeod for saying the 10-year-old girls murdered in Soham by Ian Huntley should have been in church.

I fucked the press over every month in Hein’s ScotsGay magazine. John was wise and clever man. He permitted; never censored. My writing took on a whole new lease of life because of John Hein and I’m eternally grateful. He helped me. He helped many people. He never judged.

John Hein suffered terribly at the hand of the social conservatives, but he never gave way to them. He delivered magazines from his van to any gay-friendly bar, venue or prison that would take them. One columnist said something bad about the Polo Lounge and the free magazine got banned from the whole chain. Militant feminists at Glasgow’s gay centre also took exception to male sex workers advertising in ScotsGay and refused to put it on display. Hein didn’t budge. ‘Fuck ‘em’, he told me. He didn’t give a toss that the magazine couldn’t sit nicely on the top row of stationers John Menzies; he would never bend his principles. The ‘Meet Market’ of ads in the back pages reached out to every closet in remote parts of Scotland and to every fetishist wanting to share their desires. He left nobody out. He reached more people than any socially acceptable campaign group with eyes on a grant because peoples’ needs came before social respectability. He knew his audience. People who reached out for sexual reasons weren’t looking for platitudes from do-gooders. He gave them the sex first and any campaigning came after. But the social conservatives and closets didn’t always take too kindly to this liberal spirit. And many tried to take John Hein down.

Listing all John Hein’s interests would take too long. From real ale to classic cars, he was convenor of the Liberal Party. He was board member of Secular Scotland. He was the best editorial writer I have ever known. He was also an author. John’s book Railtrack is hilarious, tying lawyers up in knots, detailing the chaos and confusion he caused after setting up a company in that name. But John’s alias’s will also be missed; be it Pastor Best of the Sisters of Perpetual Indulgence or his letters of moral outrage that he scurrilously presented to the letters’ columns of newspapers all over the country under a pseudonym, to the delight of only a few in the know.

John loved cats. Orange Bastard was one of his favourites. John was both those things. As a close friend of John’s once told me: ‘He’s a cunt. But he’s our cunt!’ But he also did more for LGBTQ+ people than anyone I know.

And this is my very last article for John Hein, the man who gave Scottish queers a voice.