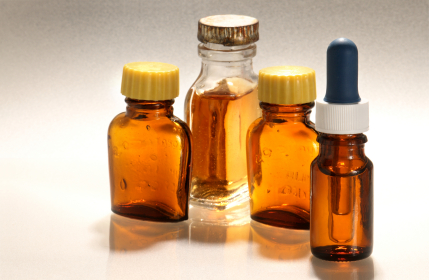 The Court of Session is set to challenge NHS Lothian’s announcement that it is to cut the £240,000 a year it spends on homeopathic services. Homeopathy is a form of quackery – a placebo at best – that dilutes substances that cause symptoms hundreds or thousands of times before administering them to patients to cure them.

Lawyers, Cameron Fyfe are looking into getting legal aid for a woman who claims she could be denied treatment. It was reported in The Scotsman the lawyers had been instructed to make a challenge by way of a judicial review, saying they “also intend to seek interim interdict against Lothian health board from closing the service.”

Scotland has spent £12 million on homeopathy in the last five years and a BBC Scotland investigation in 2010 found GPs were prescribing at least 10 times as many homeopathic medicines per person than their colleagues in England.

I feel NHS funding of Homeopathy is a gross mismanagement that deprives others of essential care and services. It is worthy only of private funding and must be separated from the State forthwith.

As a Type 1 diabetic I attend the Diabetes Centre which – along with Glasgow’s Homeopathic Hospital – shares a site on the Gartnavel General Hospital campus in Glasgow. They are both funded by the NHS, but there the similarities end.

Since the Diabetes Clinic at Glasgow’s Royal Infirmary was closed, patients are referred to Stobhill or Gartnavel’s Diabetes Centre housed in what resembles a run-down Portakabin. Earlier this year I had to wipe the blood off the handle from the heavy entrance door before assisting someone to climb the stairs for my appointment with my diabetic nurse to receive the good news that I would no longer need to deliver life-saving insulin with four or more injections a day.

My English friends have for some years been enjoying more up-to-date and effective insulin pump therapy. With only one consultant trained to deal with insulin pump patients, consultants at the Diabetes Centre have made no secret of the fact there was no funds to convert me to insulin pump therapy until later this year. I had previously been advised that a new basal insulin might help me in the interim but that had not yet been passed by the National Institute for Health and Clinical Excellence (NICE), a polite euphemism for saying that there was no money for that either.

The gardens at Glasgow’s Homeopathy Hospital

The Diabetes Centre stands in the shadow of the contemporary architecture of the Homeopathy Hospital which also sits adjacent to the main hospital. It is described on their website as “a luxury retreat… more peaceful than a holiday”, designed to give patients “a soothing feeling of calm and refuge.” The hospital has a library with large French windows facing south, a gym, dispensary, café and 15 in-patient beds where every patient is given direct access to gardens of aromatic herbs, exotic wild grasses and rare flowers via a wooden walkway. Instead of security fencing, there is a living willow wall and sheltered gravel courtyard filled with bamboo. It is so beautiful their website advises some patients even enjoy sitting in the garden while it rains.

There is a small grass verge beside a zebra crossing for this pleasure outside the nearby Diabetes Centre.

When I sat with my diabetic nurse, her office was so narrow and cramped I could only sit on a chair pushed sideways onto her desk. She noticed I hadn’t taken off my coat and apologised for having no heating on in her office. My next appointment to see the dietician was also pre-empted by an apology for having no heating. It was even smaller with empty boxes and foodstuffs to aid carb-counting, piled up on the seat next to her. A tiny window offered views over a full staff car park and a snake of noisy cars running up and down the road in a vain attempt to find a space in an overflow car park guarded by zealous wardens waiting to pounce on renegade patients.

If I could be treated by an inexpensive placebo I would be rewarded by relaxing on the other side of the campus in the Homeopathic Hospital in a waiting room decorated with walls of pale apricot, lounging on “sofas of soft mulberry.” Unlike my dietician’s, their website boast treatment and meeting rooms of “the palest of grey walls and green upholstered chairs” and “after discussion with staff and patients, ‘care’ spaces have a direct view and connection to nature and are protected from direct sound paths.”

And it’s not just medicines Glasgow’s Homeopathic Hospital dilutes! It keeps a light, airy feel by painting its largest walls and floor surfaces “in the weakest dilutions of colour.”

By contrast, the Diabetes Centre’s waiting room has pink walls and faded blue curtains up at the windows. The seats are salmon pink hessian and badly stained. The Homeopathic Hospital, on the other hand, lavishly covers the chairs and sofas in deep violet leather coverings.

If you’ve got this far into my article you must have surely noticed that there is something not quite right here. In these cash-strapped times, NHS Scotland needs to focus on medicine that has proven benefits. For diabetics, that could include more people on insulin pumps or equipment that connect to the pumps – like a phone app – making it unnecessary for diabetics to have to test their blood a minimum of 5-6 times a day. This is available. I’m told the Scottish NHS cannot afford this expensive equipment because the test strips work out at around £50 a month. But could that money be saved by needing to treat less the dreadful consequences of diabetic complications through poor control?

NHS Scotland also needs to set the same standards of care for all patients. Medicines that are tested and delivered at a standard as high as the Homeopathy Hospital enjoys.

The Homeopathic Hospital claims rather extravagantly that “artworks should be in keeping with the overall aesthetics of the interior and exterior environment”. They promise to “source a variety of environmental artworks that would interact subtly with the occupants of the building” which include abstract textile panels, woven copper and silk wall hangings. Given the evidence that patients managing long-term chronic conditions like diabetes are prone to depression, perhaps this environment would have been more suitable for them.

Mould and damage around window of Diabetes Centre

Window into the Homeopathy Hospital

In May, Mr. Robert Calderwood, Chief Executive of NHS Greater Glasgow & Clyde wrote to say that “plans for closure (of the Glasgow Homeopathy Hospital) are not currently part of any clinical service review being undertaken by NHSGGC.”

Not everyone agrees. The Scottish Secular Society’s Chair, Caroline Lynch has said: “It is an insult to the thousands of sick people in Scotland who have to tolerate poor conditions and lack of medicines needed to alleviate their illnesses, that NHS money is lavished on pseudo–medicine like homeopathy which has no proven benefits, and which is shown by science to be nothing more than an elaborate placebo. It is time that homeopathy was no longer funded or provided by the NHS, and the wasted money can be put to better use on real medicines.”

The Deputy Chairman of the junior doctors committee of the British Medical Association (BMA) has called homeopathy “nonsense on stilts”, whilst the BMA conference declared in 2010 that homeopathy has “no place in the modern health service.”