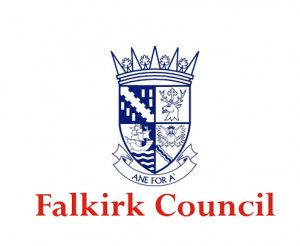 Falkirk Council planned to introduce a discriminatory schools admission policy to ensure children who were baptised into the Catholic Church were given priority over other children getting into these schools. Catholic kids would need to show a baptismal certificate. Any unfilled places would go to children of parents of other religions and none. And since Catholic schools were fully funded by the Scottish Government, the taxpayer would be picking up the cost of sectarian schooling.

Falkirk is the home of Hugh Lynch’s Family Action Movement which, during the notorious campaign to repeal Section 28, a Tory law against the ‘promotion’ of homosexuality, saw Hugh Lynch, chairman of the Larbert Labour Party, retired rector of St Mungo’s Roman Catholic High School in Falkirk and former assistant director of education touring Scotland with ‘Keep the Clause’ roadshows.

This was a time when Provost Dennis Goldie in the council chambers at Falkirk in 2000 was so determined the council debated the Government’s efforts to repeal Clause 28, he even dipped into his own pocket to pay for the hire of the Town Hall in Falkirk for a summit meeting. Goldie smugly assured the Falkirk Herald at the time that “he spoke for the vast majority of people in Falkirk”.

Before opening proceedings, Provost Goldie began speaking out against repeal and read out what he described as “facts” from the Daily Record which was already enthusiastically supporting Brian Souter’s ‘Keep the Clause’ with lies and misinformation about ‘gay cliques’ and schools being forced to teach gay sex. At the meeting, even a minister of Grahamston United Church had to leap to his feet to remind Goldie: “As chairman of the meeting you should remain impartial”.

A parent lashed out at the meeting: “I’ve got two kids and I feel it’s my duty to teach them good moral and Christian values. You can call me a bigot if you like but I’ve no time whatsoever for these homosexuals”. Alastair Horne, minister at the St. Andrew’s West Church in Falkirk, said he strongly commended the council for voting against repeal, saying: “The Bible was clearly against homosexuality”. One young gay lad in the audience bravely spoke up to say: “opponents of the plans should be ‘ashamed’ of themselves”.

By the end of the meeting, a show of hands showed the vast majority of the 100-strong crowd – which included a handful of schoolchildren in a crowd mostly recruited from local churches – supported Dennis Goldie and the council. At the Policy Committee Goldie voted against repeal in what turned out to be a very close call: four against Section 28; three in favour. Falkirk became one of only three local authorities wanting to keep Section 28 on the statute books.

If the letters chosen for publication by the editor of the Falkirk Herald were anything to go by, Dennis Goldie enjoyed massive support. Bert Smith of Hallglen wrote: “Our council at this time is to be congratulated on the democratic stance they have taken on this controversial subject by providing a platform for public debate”.

Peter Moodie of Arnothill, Falkirk wrote: “Surely it is right to discriminate against that which is evil just as we would discriminate against murder or rape. The gay lobby has been so successful over recent times in brainwashing society into believing that rejection or opposition to homosexuality somehow equates to discrimination of gays… Abhorrence of unnatural practices does not equate to homophobia!”

Hugh Lynch opined: “…Balanced information about homosexuality can be given easily within existing Religious Education… A point correctly made by Provost Goldie. The Provost is also correct in stating that the public would not be in favour of ratepayer’s money being used to fund gay/lesbian groups… Holy Scripture roundly condemns homosexuality/lesbian practices (Romans 1:24-27 and Corinthians 1:7). How can MSPs (Wendy) Alexander and (Susan) Deacon hope to reduce HIV/sexually transmitted diseases when they are openly supporting gay rights and teenage sexual promiscuity.”

Mr A Irvine of Falkirk was a lone voice in support for repeal on the Falkirk Herald’s letters’ page: “As someone who attended the public meeting in Falkirk Town Hall on Monday, 31 January 2000, hoping for an intelligent, informed debate… I have to say that I am absolutely astonished at the events which occurred. Never before have I heard such a torrent of ill-informed prejudice, hatred and downright bigotry in the name of Christianity. I lost count of the number of speakers who began ‘I am a Christian and I have no desire to force my beliefs on anyone who is not’ and who then proceeded to do exactly that and at some length… These intolerant and bigoted people… have mobilised themselves vocally in support of this misguided cause…”

Commenting on neighbouring North Lanarkshire’s efforts to also go against repeal of Section 28, Tory, Catholic columnist Gerald Warner frothed in his Scotland on Sunday column: “That vote represents Old Labour values, from the days of coal in the bath and short shrift for nancy boys in the miners’ welfare. (MSPs in support of repeal) do not realise that most parents look forward to spending the Sundays of their twilight years visiting their grandchildren in a conventional family home, not at the bedside of their son in an Aids hospice”.

As repeal of Section 28 edged slowly forward, the Daily Record headlined: “LABOUR REBEL WARNS OF GAY PREDATOR RISK”. They reported: “A Labour MP has warned youngsters will be targeted by predatory gay teachers if Section 28 is scrapped”. Falkirk East MP Michael Connarty told the Daily Record: “vulnerable pupils could be ‘groomed’ by unscrupulous gays” and claimed: “I have seen a situation where a teacher – to everyone’s knowledge – groomed young boys who seemed to be leaning in a particular direction… I am conscious there are militant gays who believe it is their role to recruit other people to adopt their way of life…” He didn’t want to see anything that encouraged “any kind of sexual activity among young people”. Tony Blair’s official press spokesman, Alistair Campbell accused the Daily Record of telling lies. The Record responded with a spiteful double-page spread simply headlined: “STAY OUT OF IT, ALISTAIR”. The story sat alongside another story by Carlos Alba, this time warning of “controversial… radical proposals to overhaul Scots Law” that would give gays “new rights”. It was, in fact, fairly mundane proposals to equalise the law governing inheritance and housing. The Scottish Daily Mail emboldened the words of a spokesman for Cardinal Winning who told them: “What we are seeing is the militant homosexual agenda being pushed from all angles”. In future, the Prime Minister’s spin-doctor was careful to describe himself only as a parliamentary ‘source’ while a furious Tony Blair turned on the Scottish press, calling them “unreconstructed wankers”!

Dennis Goldie was a controversial Provost in his own right and was censured for comparing a political rival to serial killer Harold Shipman. He later faced some rather outspoken claims against him made by fellow councillor Billy Buchanan. Anne Smith QC (before becoming the Hon Lady Smith), a representative of numerous Christian causes, was appointed to represent Falkirk Council in the court where it was agreed Buchanan should be silenced. Goldie was also reported taking advantage of Tory ‘right-to-buy’ legislation when he purchased five former council houses and set himself up as a landlord.

Goldie would later be nominated as a Labour candidate in the 2007 elections. Falkirk West chose to elect an SNP candidate to represent them by just one seat.

On Falkirk Council’s education committee, on seats reserved for unelected representatives from churches, was Michael Rollo of Larbert Pentecostal Church, an affiliate of the “Assemblies of God” whose beliefs included biblical infallibility, bodily resurrection, and “the everlasting conscious punishment of all whose names are not written in the book of life”. At nearby Clackmannanshire, their unelected representative was an abominable hellfire anti-science literalist from Alva Baptist Church Rev David Fraser, whose church once claimed experts were 99.9% sure they’d found Noah’s Ark. He believed in the special creation of Adam and Eve as characters in history, and a literal historical Fall that left their descendants “corrupted in every aspect of their being”.

From ‘Religious Fascism: The Repeal of Section 28’ published by Ganymedia.